Cricket is an internationally well-known game, and changes in technology also influenced the game with significant advancements. Technology helped to observe the whole game process and minute details more precisely than ever before. Cricket and technology are running hand-in-hand over the years to track the ball's speed with various other exceptional strategies. Moreover, it helps predict the distance that it covers when flying off the bat and time to reach the boundary. With technology advancement, you can predict deep insights into the game and its playing trick.

After some years, there will be no more need for a third empire for judgment as artificial intelligence will replace him. AI and data science are revolutionizing all fields of industry, including cricket extraordinarily. Microsoft is working along with technology to give detailed information about batting during the match. Spektacom investigated the science behind batting using artificial intelligence (AI) and the internet of things (IoT).

Cricket is the game of a batsman and a bowler, but what’s the science behind this art? Kumble well-explained this procedure. He was the first who got inspired by South African Coach Bob Woolmer. Kumble created a software package that was like a scoring sheet for data analysis in 1996. At that time, the Indian team firstly introduced the digital system in their cricket strategy to make it compelling.

We heard mostly from the skilled man that a batsman has a more influential role in the game than a bowler, Kumble explained. According to him, bowlers have no permissions to say that ball is not fit for them. But on the other hand, batsmen can vary their bat's thickness in millimeters or change their weight in an ounce. They are eligible for making any changes to their bat that might influence the game.

Now we discuss the primary strategy behind Spektacom strategy that uses non-intrusive technology.

Artificial intelligence and Advanced Analytics are controlling and dominating the whole world. In 2017, a new cricket bat got birth in the ICC Champion Trophy with a Bat Sensor at the top of bat handles. Intel was the manufacturer of this technology, which was later modified with technology advancements and named as a Power Bat. It predicts several factors as:

Excitingly, the Bengaluru Microsoft Team currently produced a lightweight (only five grams) IoT sensor sticker. Its size is not more than a credit card. The sticker efficiently captures information from bat about its speed, shot quality, and twist after hitting it. Then this detailed information is put together to get a final Power Spek score.

How do Bat Sensor Stickers work?

The rear portion of the bat, where you find sponsor sticker, is the same for sensor sticker attachment. But to follow the non-intrusive mechanism, you can’t see them. The sensor is exceptional in its working as it works for all bats and instruments. They gather information through machine learning and, thus, allows players to get real-time game stats. The most significant need is to place the sticker in the right place to start the process. Next to it is combining the data with the cloud to obtain a real-time analysis of the running situation. When the game is in play, you can still watch the prediction tables and graphs because of AI. Data transfer from the bat to broadcasters for on-time analysis requires transfer speed equals to speed of light.

Unluckily, the playgrounds for cricket matches are not as plane as they should be for the game's effectiveness. Also, the grounds fail to have wireless connectivity for fast data transfer. There is a dare need of a very reliable and supportive technique for real-time data transfer and display.

Microsoft Azure favored getting an escape from this dilemma by providing the solution-oriented approach. Here they used a Stump Box is an edge device that connects with the sensor at Low Energy Bluetooth. The Stump Box is placed underground behind the wicket. The Microsoft Azure collects data from Stump Box and then delivers the shot characteristics to commentators instantly. Furthermore, there is some sort of restriction and security risks. A trusted communication way is underuse that connects bat and edge machines with Azure, which has a Microsoft hardware platform.

Spektacom is as fast as one can predict; it practices the same phenomenon in national cricket leagues. It uses Power Bat in combination with Star Sports.

The application of artificial intelligence is so exciting and creative that it alters selecting the right players and coaches. It exceptionally also changes the way of game loves to watch it.

AI and IoT are rising technologies that have the power to introduce a new era in the field of games.

Benefits of Sensor Stickers on Bat

How National Cricket Leagues Use AI to Select Superstars in Sports?

Now its time to explore the next role of artificial intelligence and machine learning in a cricket match. Indian Institute of Madras, coupled with Sports media organization ESPNcricinfoto, to reveal a unique tech program, namely Superstars. It predicts the fate of a player as well as the route of the game.

ESPNcricinfohas a robust cricket database; thus, the researchers at IIT-Madrasand Gyan Data Pvt Ltdworked with ESPNcricinfo experts. They tried to separate a few Superstars for cricket from hundreds of thousands of participants in auditions. The database contains fully detailed information of almost the last ten years with sophisticated algorithms and scientific methods. The procedures relate to machine learning to access the player's luck in real-time. Besides, it promotes the transparency of a\hiring process. No one could claim the final decisions as to its not a human-generated report but artificial intelligence. The algorithm works on quick response, fate quantification, and accurate process judgment in real-time.

But we must consider the other side of the game. Machine learning responds to the event which humans feed in it; thus, it can’t predict every given situation in the right way. The algorithms work on a qualitative basis and tell about the fate of the match as well. You can better relate the fact with an example that a bowler can exhaust the batsman, but not every try leads to him. The bowler might be intelligent enough to resist the chasing team's winning score, but the algorithm only counts the wickets he takes. In short, it is not the absolute way to count the luck of a match or a team.

The luck index is a metrics that determine luck on the repetition of some events like:

As an umpire, the platform uses this forecaster metric to predict the game events. It works by considering several factors as:

Past data train the forecaster metric through a data science algorithm that predicts various events of the play. Then it matches the results of the real-time game with the information already feed in it to give the final score.

Sport committees are using this advanced technique to select players for a match to gain extraordinary results. The given technique also helps to find the dynamic order of players. It helps the coaches in several ways as:

The real-time data delivering apps and websites use the same way to update the cricket-lovers on-time. Additionally, it helps to improve the skills of individual players and their performance as a team. The team before matches overcome its weaknesses and enhances the winning chances.

The data derived from machine learning through artificial intelligence helps to point out the strengths and weaknesses of the opposite team. The team can create new tricks to challenge opposite teams' strengths and can hurt them on their weak points. Furthermore, it also helps a coach to lead the team with a graphical representation of data. Analytics share rare details like seam movements, pitch maps, areas around the pitch, and many more in real-time. It's becoming the major part of plan formulation for the right training of the team.

Over time, technology hit cricket to a great extent and made it more engaging and enjoyable than a few decades back. Besides, technology gives power to players with the evolution of the Decision Review System. Cricket match got more lovers and fanbase after the discovery of snickometer, stump camera, LED bails, and hawk eyes.

Snickometer helps umpire in decision making. Any change in its magnitude help to detect whether the ball hit the bat or not. Allan Plaskett, an English computer researcher, first introduces this meter in the mid of 1990. The Hawk Eye helps in LBW- related final decisions. It’s a visual technology that follows the ball’s path and shows statistical details. The use of Drone Cameras during the match is admirable and can't be skipped. It provides detailed information about Advanced Pitch Analysis (APA).

Teams and players are taking advantage of this advancement in technology through artificial intelligence. With machine learning, the players can play in a much better way than ever before. The impact of technology on cricket is not only influencing the players and coaches but also the viewers. AI helps to improve the match strategy by improving the match results obtained with accuracy. Above all, its help in the right prediction of batting average, bowling average, runs gain, and centuries in the whole tournament is entirely new.

Updating in the system also developed high competition among the new players who joined the team. It also increased competition among opposite teams that are playing for the same trophy. However, the level of analysis demands high accuracy that is only possible with AI. Cricket uses a mathematical rule Duckworth-Lewis rule to reset the match targets due to rain.

It helps the chasing team to set a goal. Mainly, this rule works on two primary factors:

These analyses are applied to the team that decided to bat second.

Furthermore, machine learning algorithms help the players to predict future events in the game. They can discover various patterns about their competitors and prepare for the same situation.  Machine learning favors players in both ways:

For instance, apply a data science on a batsman, how it affects him?

Artificial intelligence has a high impact on all batsmen; we generalize by considering a single entity.

Apply the same on a bowler:

it predicted in the 2015 World Cup Quarter Final that Imran Tahir is a power bowler of South Africa. Thus, the technology joined with AI and machine learning inspired cricket as well with other industrial fields.

It is supporting bowlers how to swing a ball in a unique way that batsman fails to play. In contrast, it's a helping hand for the batsman to get a prediction on how to respond to a bowler's delivery efficiently.

Furthermore, there is a need for more development of artificial intelligence in the cricket field to make it awesome. To get better insights of match results, international clubs and teams are applying inspiring AI strategies. Technology never stops to grow, with time changes come and make the system more reliable than ever before. Thus, science is still finding new ways to improve the match results and even to predict future consequences quickly.

It also helps to save money for the better economy of the country. AI diminishes the need for experts and saves money for their transportation and comfortable stays at five-star restaurants. Pakistan should also promote an artificial intelligence strategy for transparent sports and non-sports candidate’s selection. 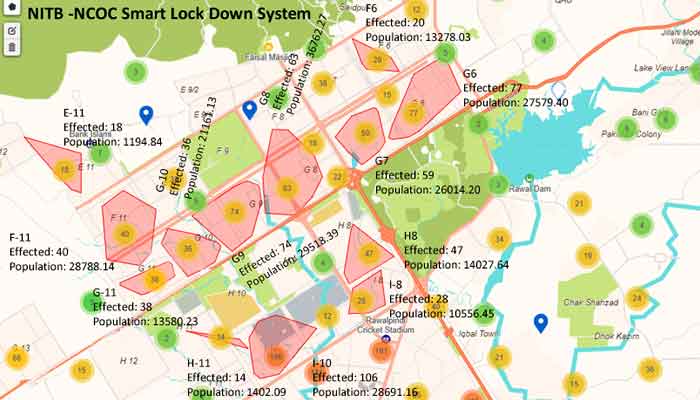 Advanced technology that uses Artificial Intelligence (AI) & Machine Learning (ML) as a national contribution to fight coronavirus. The users can easily install this application in their smartphones. 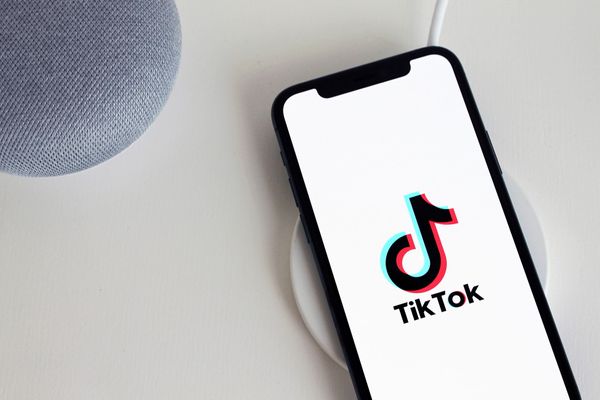