There are many wonders that AI have currently explored in the technology market. It offered the automated self-driven car systems, voice-controlled texting and command given to various search engines, and self-game playing computers; however, all these miracles are related to natural language processing and critical learning. It is an agreeable fact that the AI system introduced nowadays can only perform its task when correctly delivered commands are introduced; otherwise, the system fails to fulfil its mission.

It defines as the subdivision of the extensive field of computer science that deals in constructing all sorts of intelligent machines eligible for handling human-like activities.

If AGI system is successfully introduced, it will innovate a new era of technology. Depending on these inputs, a massive room for the solution will be there for the ongoing problems.

There are enigmatic achievements that AI have retained for human being convenience. Recent advances in artificial intelligence have upgraded the standards of the AGI field. Some of them are mentioned below:

AN INTRODUCTION TO GENERAL ARTIFICIAL INTELLIGENCE

The criteria of general artificial intelligence directly bridge with the human capabilities, i.e., AGI or Artificial General intelligence revolves around the performance of all activities that humans can perform. The drawback of this AGI system is that it can only perform the task assigned to it and can’t perform any task that is deliver to them via input. On the contrary, the AGI system also has excellent command and efficacy on their functions rather than humans. Well, humans can perform a wide range of functions but with minimum efficiency. The scenario of AGI administered in the Hollywood movies revealing that the robots will take over all the tasks and solve problems easing the human beings.

General artificial intelligence is the mirror image of human cognitive capabilities in software to solve the given problem. Hence in simpler words, an AGI system can perform any task a human being has the power to do. The outranging domains of AGI also lead it to strong AI that exhibits cognitive computing abilities and comprehensive knowledge. It refers to the fact that the tasks solved by this system are hardly indistinct. This system has an incredible ability to proficiently process the data at an eye-blinking speed, which furnished this system with surpassing effects compared to human capabilities.

There are evident differences between the weak and the strong AI. The discussion of weak AI vs strong AI is limitless, but here is the precise collection of the significant variations between them. The weak AI surrounds the implementation of artificial intelligence to different forms of problems or tasks. For instance, expert systems, IBM’s Watson supercomputers and self-driven cars are mind-boosting arrays of narrow or weak AI. The incredible systems built by vulnerable AI systems and processing time are impressive in the current technology status. For example, ROSS is a legal expert system with the capacity to dig the data from billions of documents, perfectly analyze the information, and get back to the complicated question with a precise solution in at least three seconds. This system has also known as AI attorney.

Many scientists believe that AGI is not possible, and on the other hand, a considerable number of experts put questions about whether this technology is admirable. One renowned name, Stephan Hawking in AI, has warned that

“Once AGI world has taken off on its own, it will redesign itself at an inclining rate. Compared to humans who have access to slow process biological evolution will be unable to compete with its superseded modifications."

The other names given to artificial general intelligence are deep AI or strong AI. It is parallel to human abilities and can comprehend, learn, integrate, and implement its intelligence to resolve any problem like humans in encountering any problem. The mechanism of strong AI elevates from the theory of artificial intelligence framework. It's not about simulating or replicating the act but revolves around the training of machines. The machines have operated and trained to differentiate between emotions, beliefs, needs and thinking procedures. The competition of humans vs AI is infinite, but the potential benefits of this contrast will provide convenience to human races in the end.  However, the achievement of all these abilities is not easier at all! AI experts and researchers must rule out how to transform the machines into such robots having cognitive skills with complete programming and consciousness.

For example, the fastest supercomputer constructed by Fujitsu-built K is an outstanding effort in conquering the strong AI field. This supercomputer has the distinct feature of simulating a single second of neural activity after 40 minutes. This example of super AI reveals that the accomplishment of strong AI is somewhat formidable in the upcoming future.

The victorious achievements in machine learning, particularly in narrow tasks, have deviated from the objectives of artificial general intelligence. It is human instinct and so as the pattern of AGI systems that we hardly consider problems from various perspectives simultaneously, especially the issues that require outranging reasoning capabilities.

After the finalizing of the charter for the AI had set almost 70 years later, it looks a bit disappointing that we are still comparatively earlier on this journey which surpasses us towards the true AGI. Still, that accomplishment is a little way off.

THE PSYCHOLOGICAL FEATURES OF GENERAL INTELLIGENCE

The spectra of psychology in the application of general intelligence concentrates on human-like general intelligence. The enticing feature related to the AGI system is that rather than procuring the practical competencies, the AGI strives in isolating the deep abilities that will trigger the practical tasks. The AGI encircles a vast range of sub-approaches instead of focusing on a single entity or unified perspective.

The historical backgrounds have revealed that all the efforts in defining, conceptualizing and measuring intelligence from the human sideshow has a distinct trend from general to specific. The earlier history only recalls the name of Spearman, who had derived the psychological factor g for general intelligence. In 1904, this proposition led Spearmen to claim that g is a biologically determined factor that presents the intellectual skill level of humans. Furthermore, in 1916 Terman established the concept of an intelligence quotient or IQ.

In the succeeding '90s, scientists set their minds regarding intelligence concepts as an undifferentiated and single dominion. After that, the emergence of multiple definitions, alternative theories and measurement approaches have unlocked the idea that intelligence is multi-faceted and inconstant within and across humans. The best example of millions of systems is the theory of Gardner’s multiple intelligence. The view has introduced eight various types of intelligence comprising of following:

INGREDIENTS OR REQUIREMENTS OF AGI

What can computers do better than humans? It is the ultimate trigger in uplifting the AI world with billions of advantages. Although it is pretty challenging to explain general artificial intelligence in terms of words, specific components will make it easier to understand. These components are identical to human intelligence and consists of the following essentials:

There are two significant aspects of AGI: scientific or theoretical, and the other is engineering or technical. The AGI is the complete package that comprises of following elements:

The perspectives of currently ongoing AGI projects revolve not only around reproducing the intelligence but also some other domains. Although the primary source of inspiration for AGI systems is human intelligence, the intelligence criteria are vast enough to explore. Subsequently, the purpose of the AGI project is to replicate the human intellect at various levels of extraction, which are as follows:

The accomplishment of three crucial goals is so vital to creating the evident rays of AGI in the world, which are as follows:

The accessibility of these three objectives will inaugurate a new range and protocols for AI communications of services and data. In this way, AI technology will have more approaches through the end-to-end marketplace. The establishment of communication ways will instigate the paths towards AGI.

Present-day technological efforts have approached the unexplored potential of machine learning. One of the most significant hallmarks of AGI is common sense and reasoning. Well, the question arises that the businesses still require machines with common-sense and critical reasoning powers? The answer relies on the situations; there are many circumstances where a little reasoning and an act of common sense can make huge differences. Although the incredible results of machine learning and AGI will attain after the collaborative work of machines and humans.

For instance, handsome customer service is achievable with the aid of AGI. A robotic mechanism installed in computers will prototype the chat-box to perform scrip-less interaction with customers.

IS IT POSSIBLE FOR AI TO ACCOMPLISH ARTIFICIAL GENERAL INTELLIGENCE?

Although, it's pretty complicated to comprehend, model, and imitate the human brain. As there is no complete and wholesome knowledge related to the critical reasoning of human brains, so it's difficult for the AI system to achieve the AGI in the present age.

The Church-turning thesis acclaimed that human brain replication is possible through the route of algorithms. The theory suggests that if unlimited memory and time is available, problems could be solvable by algorithms. The general artificial intelligence companies have put efforts into generalizing the abilities of AI systems and uplifting it.

OBSTACLES IN THE JOURNEY OF ARTIFICIAL GENERAL INTELLIGENCE

The next hurdles in the progressing world of AGI which have impacted its establishment are given as:

The upcoming decades will offer significant steps towards the introduction of artificial general intelligence. The professionals have a firm assurance that there will be 25% establishment in the field of AGI up till 2030. The progress in machine algorithms and robotic sciences have launched the rockets of machine advancements. All these efforts will sow a seed of human-like intelligence gadgets. 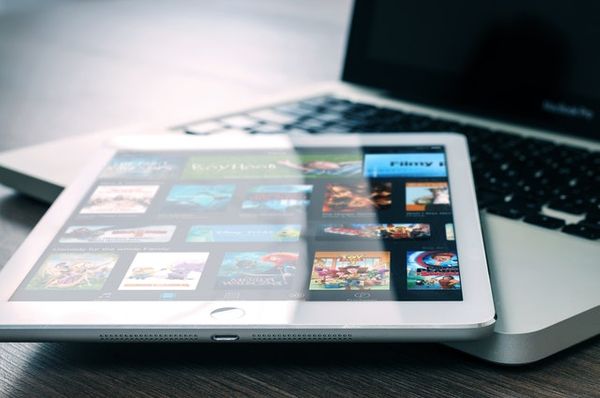 Since the existence of the sci-fi genre, AI films with the premise of robots supplanting the human race have been prevalent in the film business. While artificial intelligence may appear to be a new phenomenon, filmmakers have been researching it for decades. 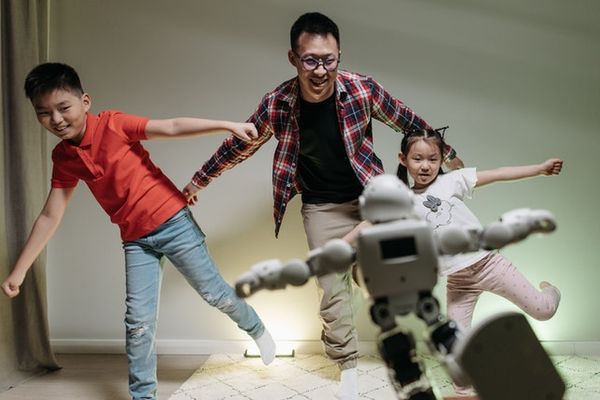 Robotics is a rapidly evolving technology that can be used for a variety of purposes, including space exploration and entertainment. Robotics in childcare recognize when children enter the nursery and greet them, as well as can monitor their heart rate, sleep, movements, and body temperature.