Artificial Intelligence (AI) in Hollywood movies comes with lots of new clues, technologies and ideas that help people in real-life with great applications. Movies are more than entertainment as they come with knowledge and spread unique ideas. They have the potential to change minds and invent creativity that leads to progress. If you see, Joker movie theme is not presenting cruelty, fight, hate, or love; it depicts a clear-cut relationship between the strong and the weak, the poor and the rich, the impact of luck on one's life, and many more. So, the primary aim of a movie is not to amuse people but to share an imperative clue.

Why do People Love to Watch Movies Instead of Reading Books?

It's an exciting question as more than 80% of people prefer to watch videos over reading books. Either it's a school lecture, an elaborate subject experiment, or a particular process; videos help more in remembering things than paper-books. The primary reason behind it is that we remember things in the brain and our brain store information in image format. When someone talks about apple, what appears in your mind first? Yeah, its apple's image. Moreover, after watching a thing, its graphics help the brain to store its image and easily recognize on watching the same thing again. That’s why people love to watch movies than reading black-and-white paper-books.

How is AI Changing Hollywood Exceptionally?

I can't specify a single department where Artificial Intelligence, Data Science, and Machine Learning are not a surprising community. Well, AI in Hollywood comes with lots of new clues and ideas that help people in real-life with great applications. There are always two aspects of everything happening; one good and the other bad. Artificial intelligence, where has positive effects, also have a negative side that may lead to destruction. Even it has the potential to end life on the planet. In the movie Terminator, a robot from SKYNET starts killing people after getting emotions and feelings.

Read this  is AI a threat to humans?

It has incredible effects on altering attitudes, its not less than a blessing in helping humans. Some researchers are afraid of this superpower of AI that can alter life completely on Earth by creating easiness and providing comfort to humans. It assists movie lovers by providing entertainment as well as knowledge. I'll share detailed information about six movies and their practical implementation in real life. Let's go and make your quarantine time enjoyable and excited by watching AI-based movies.

The movie, Transcendence, is based on science fiction that costs $100 million for its completion with exceeding excellence. In this movie, a scientist tried to produce a sentient machine that can benefit humans with cutting-edge research. The movie depicts the story of an excellent researcher, Dr Will Caster (Johnny Depp) and his colleagues. They experiment with inserting the human brain in a computer to get information on how it works and responds to different tasks. The movie raises a query:

''Will artificial super-intelligence be created in future? If yes, are they able to upload consciousness into a computer?''

The movie gives the concept to prepare micro-sized robots that would be able to repair cells, tissues, organs, and organ systems. These robots come with the potential to eliminate the factor of death by changing genetic codes. You can enhance crop production and make them fresh for more extended periods than usual. It's the next destination of artificial intelligence helping humanity to minimize disease rate and enhance immortality among living things.

In this movie, there is a robot, namely Robby, who is expert at making donuts for the space visitors. Its system is efficient enough to mimic a chef look and its tasks to facilitate human. It is a robotic character that's made skilled for preparing meals and entertaining space traveler's group. The movie took images from 1956 Forbidden Planet movie to complete this fascinating story.

The robot can cook the food immediately after getting all ingredients inside it. Imagine you are out of home and get prepared food when back. Its internal lab has a proper place to fit the ingredients for preparing food. One can also change its functionality from donut preparation to other foods that one loves to eat. The system can be made as a remote control that can efficiently start or stop working on a single click. It would be a great deal to reduce half of your burden in cutting ingredients and then making food.

As its name shows, it depicted the end of life on the planet. It was one of the most super hit movies when released. It showed how dangerous AI could be the cause of termination of life on Earth. The movie was based on science fiction and directed by James Cameron. There was a Cyborg assassin (the terminator) created by Cyberdyne Systems, namely T-800 model 101. That humanoid robot was in 2029 and sent back to 1984. Its purpose was to prevent the birth of John Connor by killing Sarah Connor, who will fight against machines one day in a nuclear war. Skynet was the artificial intelligence system that started the war for the destruction of humanity.

This movie predicts the advancement of AI in considering humanity as the most significant risk to the world. With most of the beneficial facts of AI, there is always a risk with it that's an existential threat to life. America and China are working to develop RoboArmy that would be expert enough to fight with the humans. They are making their defense system based on AI. There is another fact shown in the movie is time travel where machines help in going to the past time from the present. AI robots with deep learning can be developed to adopt human activities. It will reduce army training costs and saves time by eliminating the need for finding and hiring the right force.

Wachowskis wrote and directed this science fiction movie full of action in 1999. After release, it got much love from the audience because of its attractive technical categories. It also received four major Academy Awards that made it distinct among other movies. The movie shows the concept of augmented reality; in future, humans will perceive real information in the Matrix. The emotional machines use heat and electrical energy of the human's body as a source to pacify the society.

Read this AI can Read and Visualize our Thoughts

It represents a computer hacker who learns about his reality and nature around him from secretive rebels. Moreover, he also learns about how controllers can control him in the war. Matrix is the perfect example of artificial intelligence that can frighten human beings. In this story, Neo meets Morpheus, which is the starter of his new life's chapter by setting him free from the simulations. He fights with AI in the form of secret agents that helps him in finding his real identity.

The movie The Matrix also shows the uninviting side of artificial intelligence that comes with the potential to change human life altogether. It’s based on virtual reality concepts. We can combine augmented reality with the human mind that everything happening in the virtual reality will happen in mind. By using this concept, we can prepare such robots that can sense their surroundings and any danger coming to their way. In this film, the hero utilized his brain to a great extent and can see his thoughts on the computer screen. The robots would be able to watch things around it with high proximity. Even this technique can be used in fighting or wars as they can detect the path of bullet approaching; resultantly, they can change their position.

The concept given by Transcendence and Chappie is very close as both convey the same message. It comes with exceptional graphics that please the audience and retain their attention until the end. You can also watch it to enjoy its impressive visual effects with getting artificial intelligence concept. Humans don't want to die as it's their essential nature, but in this movie, the same concept was given for a robot. Chappie is the name of a robot developed on the principles of artificial intelligence. Someone stole it as it’s an autonomous droid.

It comes with emotions and feelings; expert enough in guessing the emotions of persons in front of it. The Chappie learns how to navigate the competitive forces of cruelty and love among humans. This robot was developed with all humanoid emotions and feelings by transferring human data in it. The man upgraded it from ANI to AGI, leading it to get next-level computational results; it becomes sentient and has the power to repair its damaged arm.

It can sense the emotions and feelings of people around him. If a human brain is introduced in a robot, it can start working and feeling like a human. There are always good and bad sides to every advancement in artificial intelligence usage. With the assistance of Chappie in real life, police can patrol the roads and streets to find the lawbreakers. It can control corruption cases meaning to enhance a country's economy. But it might result in ethical issues as it's a robot made by human, not human; it can blame an innocent person who didn't break any rule.

RoboCop was introduced in 1987 as an American science fiction action film. The story behind RoboCop is the murder of an honest police officer Alex Murphy by a group of criminals. But his brain was alive and inserted in a robotic body. All his body organs are also damaged, which were replaced with prosthetic organs. It's considered as a combination of human and artificial intelligence. A data-chip was introduced in his mind; the robot saw a person, and its brain starts scanning the information in real-time and show data either a person is innocent or a criminal.

RoboCop has the potential to help humanity in several ways, but still, the dangers are coming with AI. We would be cautious in its use as it utilizes human brain and attached artificially with a robotic body. This AI-human combination can think like a living man and help in judging the faulty person. Moreover, it can also be introduced in the military, but no one can eliminate the risks coming with weaponized AI in the army. It can hurt mortality and ethics because of using a humanoid brain in an artificial bod. Consequently, it will reduce the value of human life.

AI is introduced in movies where it can be a lover, a defender, a killer, a companion, or a slave. Its power of utilizing mathematics and algorithm rules makes it able to happen amazing things. It can win or lose a game, stop or start a war, give or end life. Artificial intelligence and machine learning are taking world beyond someone's expectations. By combining it with the human brain, it will lead to incredible inventions that are helpful in real-life people. It will become so common that you will see a layman dealing with AI in the coming years.

AI doesn't need a body structure to start showing its impressions; it needs internet and an action plan to start a task. Once it is set to destroy everything, no one can stop its superpower as all systems are autonomous. So, we should keep in mind to use AI for beneficial purposes and keep it away from such drastic actions. It will help in reducing the minus of AI and promote its positive in improving lives. 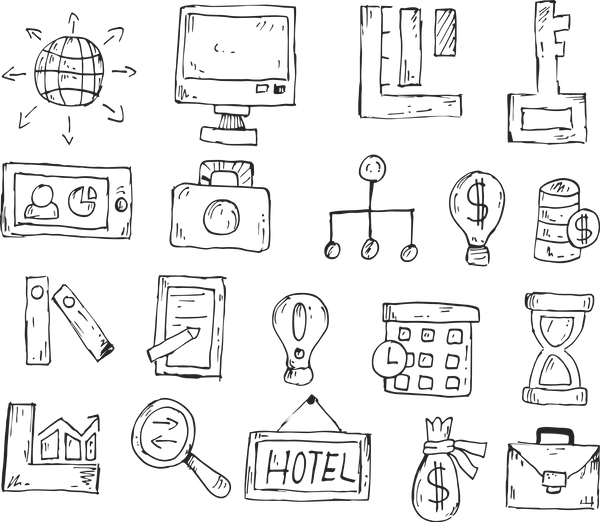 Artificial Intelligence (AI) can be used in financial sector especially in Banking to reduce and optimize cost of Operations, Customer Acquisition, Merchant Acquisition, Advertisement and Marketing, Sales and Human Resource. This is an era of Digital Transformation, Disruptive Technologies, Fintech

This is part-3 of the Business Use Case on Boost Debt Collections and Recoveries using Machine Learning. Implementation of the predictive model to enhance the current recovery system by creating focus groups for business to boost debt collection.