We've been in "megacycle" of NFT since summer 2020, with over 2.5 billion dollars NFT sales in the first quarter of 2021 alone. What's the true worth of an NFT when purchasing a link to a computer file—say, a jpeg or an mp3? Go beyond

What are Non-Fungible Tokens?

NFTs, as the name indicates, are not fungible, which means they are identical to other NFTs and cannot be utilized in commercial transactions as a medium of exchange. The non-fungible tokens differ in value from cryptocurrencies with equal units and value.

These tokens can be used in several ways; a non-fungible crypto asset can digitally represent the real estate and artwork. Non-fungible tokens are ideal for artists wishing to benefit from their efforts since they are unique and enable the development of real-world scarcity of digital things. NFTs are revolutionizing the art industry, with various NFT markets accessible to link artists to art enthusiasts and collectors while removing intermediaries. The following are some of the most expensive NFT sold. This list compiles the ten most expensive single-NFT sales (in U.S. dollars).

Why Do Individuals Spend Millions of Dollars for NFTs?

NFT tokens are among the hottest technology trends; the non-fungible token is an acronym for it. This one-of-a-kind digital object represents something valuable, such as a gaming character, a photograph, a domain name, a tweet, or an audio clip.

In addition, NFT may be created for tangible assets such as real estate, pieces of art, securities, and even pricey pups. However, this technology has not yet been completely developed. On the blockchain, an NFT is the most effective approach to safeguard ownership of a digital asset and trace the transfer of rights from one owner to another. Furthermore, such one-of-a-kind tokens allow you to confirm the object's validity.

When you buy an NFT token, you get specific rights to the item or value that it embodies. Although no exclusive rights are typically transferred, these vary on the platform's terms.

An NFT is a collectible for some and potential investment for others. Indeed, investing in rare and unique digital assets is a sector with enormous potential, and who knows what the future holds? Perhaps a $1,000 painting today will be worth $20,000 in five years.

What is the Most Expensive NFT and How to Characterize It?

Many variables influence what people perceive as "characterized," One of the most prevalent arguments against NFTs is that they lack value since they are ethereal and often reflect digital objects rather than real-life, physical assets.

But one thing where everyone agrees we can all agree on is that we spend so much of our time in the digital realm that it's natural for people to value digital products. The exciting aspect of blockchain technology and NFTs is that digital goods may now have value because we can link ownership and validity to them.

Scarcity is integrated into NFT; a Veblen good is one in which higher costs create more robust demand, such as a Rolex or a magnificent house in a desirable area. Bluechip NFT initiatives such as Cryptopunks and Cyberkongz are examples of digital Veblen goods. NFT makers allow users to mint or purchase a predetermined quantity. Larva Labs, for example, issued 10,000 CryptoPunks, each of which is unique.

A fungible asset is a Bitcoin or real-world money. One can be readily disassembled into smaller, indistinguishable components. A non-fungible token (NFT), on the other hand, is one-of-a-kind. As a result, one NFT endeavor or piece of art does not imply another.

NFTs enable digital evidence of ownership, which was previously impossible. However, thanks to blockchain technology and NFTs, the concept of 'scarcity' now exists in the digital world. It is since each NFT is uncommon, unique, and indivisible. When a digital asset is tokenized, its value increase since it can be used to authenticate its legitimacy and ownership and can be purchased and sold several times.

“What’s the most expensive NFT?” depends on the scarcity of the NFT. Of course, scarcity isn't the only factor contributing to creating value in NFTs. NFT projects are being released every day, and their worth will be determined by the things sold. Is it, for example, an NFT representing an in-game item, a song NFT by a famous musician, or an NFT representing a digital collectible from a generic NFT project that also provides other advantages if purchased?

As you can see, the value of each of them will vary significantly based on the project or item.

How to Determine the Scarcity of Your NFT

But he didn't produce the second edition of Everydays; he only conveyed the idea that he did. Anyone may observe the history of creation, ownership, and transfer. The only catch is that you must examine the blockchain, which some more hasty buyers may overlook.

It’s simple to understand how the value of NFTs corresponds to the value of conventional paint and canvas paintings. What makes an NFT valuable is sometimes simply a question of taste. If you prefer Cryptokitties or Solana Sneks to a Titian, it’s all up to you!

An Evaluation of the Most Expensive NFT Art

We've identified the most expensive NFT sold let's look at them. To understand the worth of these tokens, let’s go deeper into the community behind each project plan, the uniqueness of multi-collections, and the work of art. Projects like CryptoPunks have amassed massive fan bases because of their collector community. Our list is ordered by the monetary amount paid at the time of purchase.

The answer to what is the most expensive NFT ever sold? is CryptoPunk #9998. The renowned collection has precisely 10,000 distinct CryptoPunks and was established before the ERC-721 standard. It is also recognized for establishing the precedent of 10,000 NFT collections. The answer to how much is the most expensive NFT till to date is $529.77 million

This punk is known as the most expensive NFT sold and the sale is deemed void. The punk's owner obtained the punk with a loan, then returned the debt in the same transaction around October 2021. The mind-boggling $500M transaction is struck out in the NFT's transaction history on Larva Labs.

According to Nifty Gateway, a renowned NFT marketplace, the NFT is valued at $91.8 million. It is the second most expensive NFT.This NFT set a record for the largest-ever public auction of a living artist's work. Pak is a prominent name in the NFT world, selling NFTs on platforms like Sotheby's, Nifty Gateway, SuperRare, and others – and this isn't their only piece on this list. According to Barrons, The Merge was sold to 28,893 collectors who acquired 312,686 mass-produced pieces through Nifty Gateway (which were single NFTs). The price of these sets began at $575 and climbed by $25 every six hours.

The Merge NFT is a digital art creation that consists of three massive white masses (dots) on a black background. The noteworthy aspect is that the bigger the number of mass customers, the greater their mass. Because the NFT incorporates a scarcity mechanism, the token supply will drop. Every Merge token sent merges with the recipient wallet's token, resulting in a larger total value and a single token.

For months, Beeple's — Mike Winkelmann's — iconic collage maintained the top rank for the most costly NFT. Winkelmann began working on this collage in May 2007, publishing art pieces every day for 13 years.

This third most expensive NFT artwork was exclusively auctioned at Christie's, a fine art auction firm founded in 1766. MetaKovan, a crypto millionaire, paid $69,346,250 for it.

Following the sale, Beeple gained 1.8 million Instagram followers and partnerships with companies such as Nike and Louis Vuitton and artists such as Childish Gambino and Katy Perry.

By the way, the period of NFTs began with this image, when people saw the promise of a new realm for art preservation. The items were not delivered to the NFT buyer. Instead, he was given a digital memento. And the artist himself rose from obscure to world-renowned status.

This NFT was created by Pak and Wikileaks founder Julian Assange and was purchased for 16,593 ETH by 10,000 AssangeDAO contributors in February 2022.

The next masterpiece is similarly the result of Winkleman's master hand, as he could replicate his previous feat. It is a dynamic (tangible and digital hybrid art piece) NFT by Beeple that fetched more than $28 million at Christie's 21st Century Evening Sale in November 2021. The work is shown as a kinetic video sculpture consisting of four polished aluminum metal video displays, a mahogany frame, and two media servers. Although the record for the first piece was not surpassed, Winkleman remained the highest-paid NFT artist in 2021-2022.

He considered the screen layout a "powerful canvas." Beeple got the idea for this work after seeing TV rollers. He told Christie's.

"We had a bunch of TVs on rollers in our studio and were rolling them around in different shapes and patterns."

It isn't the first or last time we've discussed CryptoPunks in the most expensive NFT list.

It is one of nine Alien punks with a single trait, the Bandana. It is currently the costliest CryptoPunk ever. Its recent owner is Deepak Thapliyal, and he purchased the vehicle using Compound Finance's DeFi Protocol (essentially a crypto loan). CryptoPunk #5822 is for sale at the time of writing, with the most recent offer being 10K ETH, or about $32.75 million.

CryptoPunk #7523 is the alien punks with three attributes: an earring, a

knitted cap, and a medical mask. It is currently not for sale, with no active bids.

CryptoPunk #4156 is another punk in the list of the most expensive NFT having only one characteristic, the Bandana. It was purchased in December 2021 for 2.5 ETH ($7.05 million) by user TheReal456. This punk is also not for sale and has no ongoing bids.

What is the Most Expensive NFT Right Now?

The Iris/ is part of Fvckrender and Victor Mosquera's LOYAL/ Pack. This most expensive NFT work was released for $1,000 on July 14, 2021 and the collection item was most recently sold for $8,500. The new floor price, according to Nifty Gateway, is $69 billion.

Iris/{ is the collaboration of two artists, FVCKRENDER and Victor Mosquera. Both are from Vancouver, Canada, and have worked together on an NFT collection. Fvckrender favors sharp-edged architectural geometric designs and bleak future settings.

Victor Mosquera, on the other hand, is a psychedelic artist who works at the intersection of the conscious and subconscious. His unusual graphic design has led to partnerships with artists like Kid Cudi on games like Watchdogs Legion, FarCry 5, and Starlink.

Practice Just Practice was launched by another artist named Mankind. It is listed on Nifty Gateway with $6.9 billion (as lowest bid).

Dashwood, the alias of Art Director Rhett Dashwood, entered the NFT production area after a near-death experience. A line from Leo Tolstoy's 'Confession,' and “Death is inevitable, what is the purpose of life?' have inspired mankind's artworks.

He moved on to create art and share it with the world to discover answers about life, existence, and hope.

Mankind's animations are incredibly complex, with careful attention paid to every detail.

Another pricey listing, No Justice No Peace by Alex Manrique, comes in at $100 million. It was launched on April 23, 2021, with a suggested retail price of $1.00. Manrique, also known as “Render Times”, a 3D artist, is a simulation aficionado, which is evident in his work.

However, if you are looking to invest in a new NFT option to get involved in this emerging industry, you must consider it as it has great potential in the future and can be fun. It’s all about our discussion of what is the most expensive NFT. Now share your thoughts on the NFT craze and its future success according to your point of view. 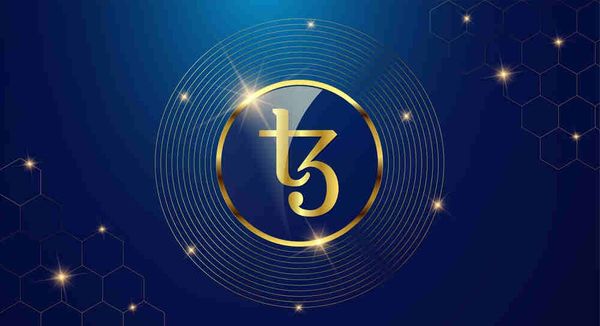 Tezos NFT Marketplace is a cutting-edge blockchain network that uses delegated Proof-of-Stake to enable speedy transactions via its ecosystem of smart contracts and decentralized applications. Its low transaction fees are a massive benefit for firms that continuously need a secondary income source. 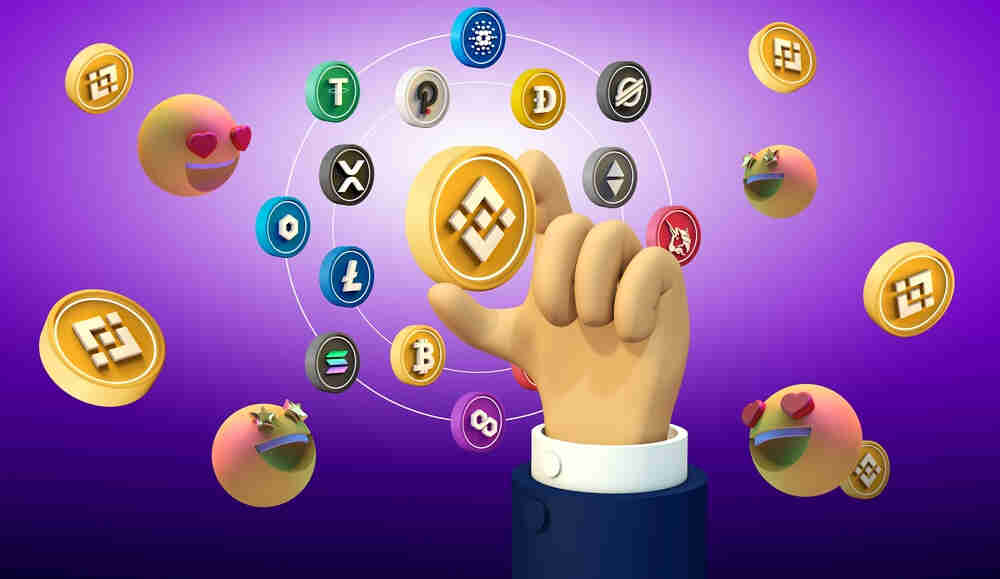