2019 has been the year of Artificial Intelligence (AI). Before we talk about top five accomplishments of AI in year 2019, it is important to mention that a lot of work has been done in AI since its conceptualization. Hundreds of laboratories worldwide are working on thousands of AI concepts. As AI is continuously evolving, it is very hard to track down year-wise accomplishments AI has claimed. While talking about the top 5 Artificial Intelligence achievements in 2019, we shall try to dig up and extract what miracles have occurred during this year.

Artificial Intelligence is intended to replace the human’s cognitive intelligence within the machines. A huge amount of data is incorporated into machines and they are trained to respond accordingly.

Given below are the top 5 Artificial Intelligence achievements obtained in 2019. Interestingly, they are quite diverse and unique.

According to the World Health Organization (WHO), Lung cancer caused 9.6 million deaths in 2018 worldwide. Lung cancer is the most common type of cancer. This can be diagnosed either by scanning including X-ray (for an abnormal mass of nodules), CT scan (for small lesions), sputum test, or biopsy which is a complex, painful and expensive methodology.

In 2019, Scientists from Google AI and Northwestern Medicine, Chicago, IL, collaborated in a project to deploy artificial intelligence for fast, cheap and accurate prediction of lung cancer. Initially, the computer program was trained with 42,290 CT lung scan images from 14851 patients. The program was not told what to search in those images; however, it was loaded with the information about which patient developed lung cancer. That program was tested against specialist radiologists. Results revealed that AI outperformed the radiologists with 5% boosting and 11% false-positive reduction. It is still unknown what patterns are observed by the program, yet the results were encouraging. This AI program was so efficient that it scanned 500 images in just 10 minutes. This will greatly help in reducing the cost of diagnosis as well as disease risks.

Image processing and pattern recognition are major areas of artificial intelligence research. You might be familiar with AI-induced face recognition application that is used to detect a face while taking a picture, or facial scan for security purposes. Similarly, Facebook has launched its object recognition program (Computer Vision Library), powered by AI that is used to detect the type of objects. Yes!! We are talking about Facebook’s Detectron. In 2019, Facebook’s AI Research (FAIR) department has launched Detectron 2 powered by PyTorch. Previously, its predecessor was built on Caffe2 that did not promise faster project iterations. Detectron 2 is used to detect shapes with faster speed. It can easily distinguish between human and a bicycle. In the future, more data models will be fed to the program to enhance recognition abilities.

Enormous work and progress have been made in AI’s sub-domain named Natural Language Processing (NLP) and text recognition. The automatic summarization of text has always been a challenge to AI researchers. Google Brain and Imperial College London team have successfully devised a system named “Pre-training with Extracted Gap-sentences for Abstractive SUmmarization Sequence-to-sequence”, or simply, PEGASUS.  This program has been tested for 12 summarization tasks including news, scientific literature, stories, information, emails, patents, and legislative bills. Pegasus has made it possible to achieve low-resource summarization. Main idea was to use single words instead of long phrases that convey the proper message.

Al has proven its importance in disease diagnosis quite effectively. But certain diseases are directly related to human senses like vision, smell, hearing, etc. Amyotrophic lateral sclerosis (ASL or Lou Gehrig’s disease) causes the death of those neurons that control voluntary actions. This leads to a total loss of control over the body. ASL has no known reason, hence no cure. Tim Shaw, a famous linebacker in NFL, lately faced ASL, and loss his ability to speak clearly.

In 2019, people from DeepMind collaborated with Google’s Euphonia project involving Tim Shaw for his voice signals. Their goal was to prove that text-to-speech technology can generate high quality, natural voice using a very small amount of training data. There were certain requirements to pursue this project. First, a technology to recognize the speech of people with abnormal pronunciation was needed. Second, customization of text-to-speech technology to generate their natural voice. These requirements were fulfilled using hours of studio recording and training the program for defected voice signals against the certain text. By combining WaveNetwork and “Sample Efficient Adaptive Text-to-Speech” (TTS), they were able to generate the real Tim’s voice. That was quite surprising for Tim as well as his family. But the achievement was huge. That work done has promised that AI would solve many other speech problems in the future.

5.  SingularityNet- The first Platform for the Decentralized AI Economy

Imagine if all AI is developed and controlled by big fishes like Google or IBM, and it takes control of nearly every aspect of your life. Would not you feel enslaved by the few? Well! Your fears are real. Previously, AI was built for centralized platforms uniting global data in one place. But the year 2019 has brought forward a new hope in the era of AI.

With the announcement of SingularityNet in February 2019, a new decentralized AI platform has been launched. SingularityNet aims to provide democratized access, creation and selling of AI services in the new global market. In simple words, SingularityNet is an app store for artificial intelligence. The services can be used by exchanging special cryptocurrency, the AGI token. The potential customers can search SingularityNet’s catalog for available services or ask for customized AI services. This can open the doors for low-scale AI companies to join the race of computational revolution. 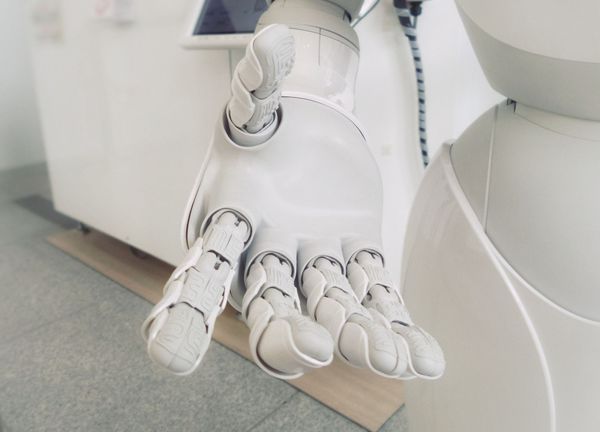 With the advent of robots; automation speed, accuracy, and cost-effectiveness of production and operations have been tremendously improved. AI has outperformed humans in repetitive tasks. This advancement has created huge unemployment in related industries. 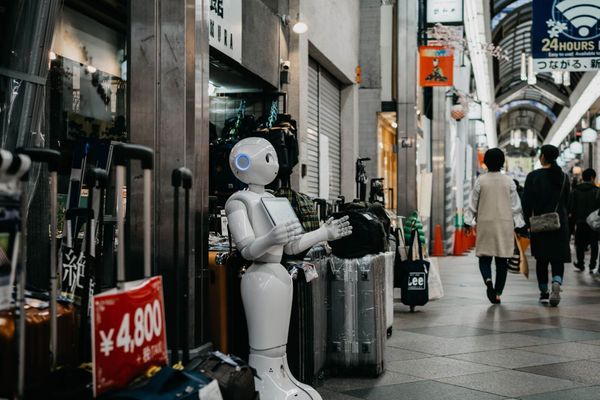 Artificial Intelligence can be defined as a process of transferring human cognitive intelligence to computers. Though AI is difficult for a common man to understand but it has a big impact on everyone in society and a key role in progressive modern life.